My journey began very early in life and I would have to say that my dad was probably my greatest inspiration. He had a love for music. Jazz in particular and the sounds I heard growing up were some of the greatest Jazz artists of our time. Artists like John Coltrane, Miles Davis, Sonny Rollins… the list goes on. There was one album that I recall I would ask him to play for me, “Great Jazz Percussionists” – Buddy Rich, Max Roach, Philly Joe Jones. As soon as that needle hit the vinyl I would bang on whatever was in front of me. My folks bought me my first drum set at 6 years old and my parents encouraged me to play, and play I did all the time and whenever I could. One incident I recall as a kid was a sort of odd event which still remains unanswered. I went into my basement one day and found a primitive looking drum with carvings on it. I was immediately intrigued by it. The strange thing was that no one in my family knew where it came from, it just seemed to appear out of nowhere. I guess I looked at this as a sort of message toward my future.

My teenage years were geared towards the rock explosion and I joined several bands and began to listen and admire artists like John Bonham, and Neil Peart. My sound was unique and stood out. I guess you could say a mixture of Jazz and African tribal drum would be how I would define my style.

I have 39 years of experience as a Musician, Drummer, Writer and Composer. 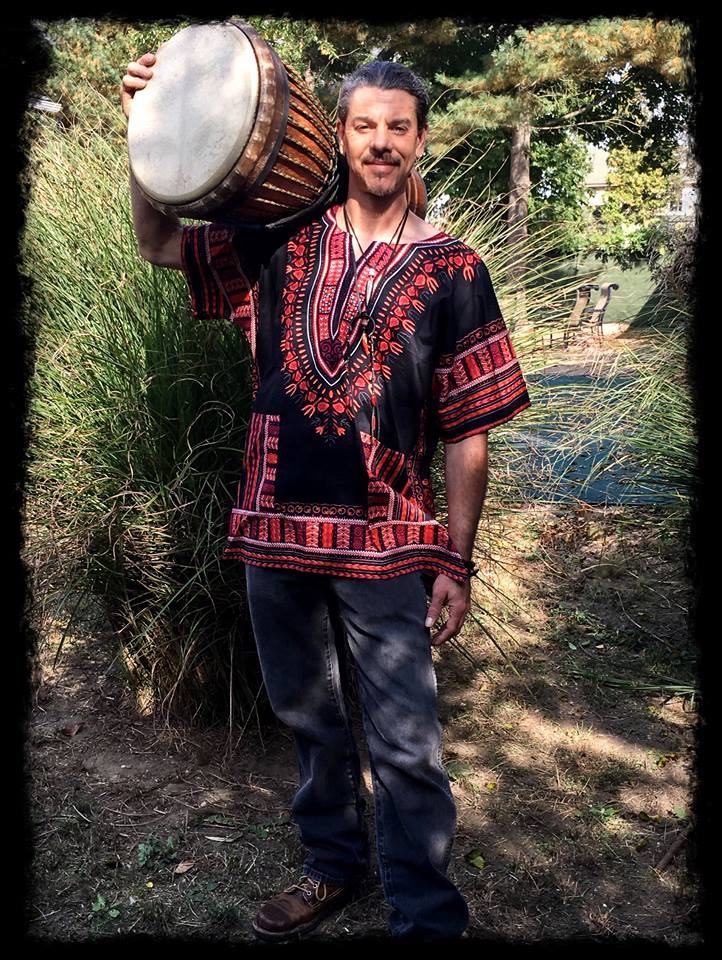